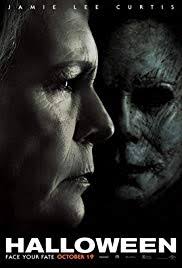 Halloween is a festive time of the year where people dress up as different people, characters, animals, etc. and go door to door receiving candy. The month of October is referred to as “Spooky Season” because Halloween also involves spooks and scares. One tradition for Halloween is staying in at night and watching scary movies. Here are the five best movies to watch for Halloween:

It (2017)- The 2017 adaptation of Stephen King’s “It” was a dark and twisted take on the 1,138 page novel. This movie focused more on the mental and psychological terror that Pennywise brought to Derry. It is a movie that you should watch with the lights on with a friend if you are easily scared.

Hocus Pocus (1993)- Hocus Pocus is a Halloween comedy that follows three witches as they try to become immortal after a group of teens attempt to steal their magic book. This is a great family movie to watch during the spooky holiday and is one of the most popular Halloween movies to date.

Nightmare on Elm Street (1984)- Wes Craven’s Nightmare on Elm Street is a true skin-crawling horror classic. With Freddy Krueger returning to Springwood, Ohio to terrorize teenagers in their dreams, Nancy Thompson (Heather Langenkamp) must sacrifice her sleep schedule and mind in order to defeat the burned murderer. This movie will have you staying up at night and watching for monsters in your closet and under your bed.

Friday the 13th (2009)- The remake of the 1980 slasher film gives the audience a more aggressive and violent Jason Voorhees. The Crystal Lake Slasher hunts down a group of college kids partying at a cabin at Crystal Lake. This movie will make you always want to keep your head on a swivel and carry a flashlight everywhere.

Halloween (2007)- Rob Zombie’s 2007 remake of the cult classic “Halloween” is hands down the most violent and disturbing movie in the series. Micheal Myers has returned to Haddonfield, Illinois to continue his terror after leaving the prison. This movie will give you chills because of the sheer horror and cruelness of the scenes. This movie is the scariest movie to watch on Halloween and it will make you question whether you should open the door or not when the doorbell rings.