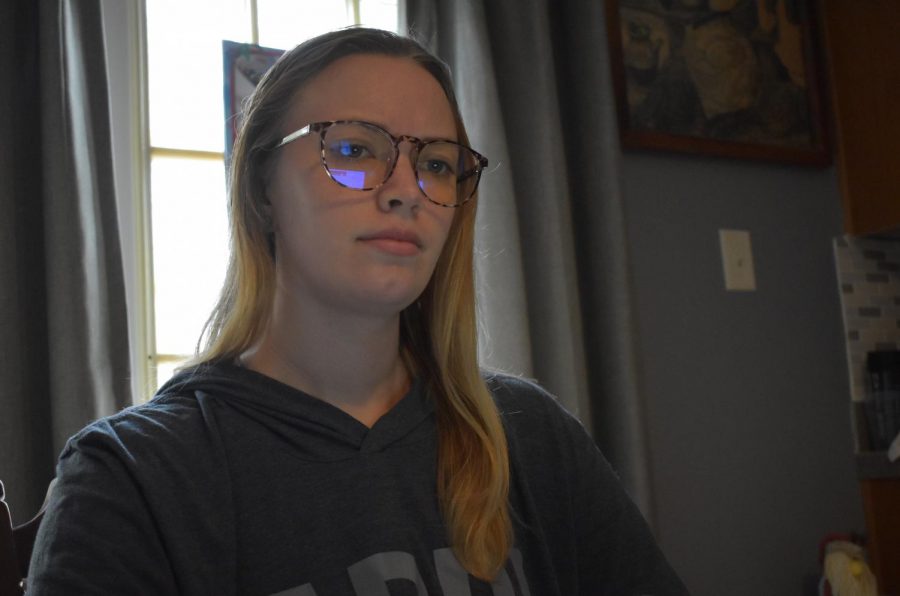 Megan Wyatt graduated from Tunstall High School in 2017 and made her debut at the University of Virginia the following August.  Soon she will begin tackling her Master’s degree at Johns Hopkins.

She started out like many students, trying her best to prepare for college early in her school career. Wyatt wanted to attend the Piedmont Governor’s School for Mathematics, Science & Technology and attended her junior and senior years. “A lot more trust and autonomy were present in the Governor’s School which definitely helped prepare me for college.”

“The AP courses I took at Tunstall provided more rigorous courses that helped prepare me for college,” Megan adds.

Wyatt’s application process was like many other seniors. “I started applying to colleges by first deciding where I wanted to apply and then by filling out the Common Application. Deciding where to apply to was the hardest part though, there were so many schools I liked.”

“I think I applied to 8 schools. As I said, it was hard to narrow down where I wanted to apply,” Wyatt said. Deciding where to go for her was a struggle between what she wanted from her college of choice. “I toured 10 schools and had a hard time cutting schools out of my application pool.”

Wyatt finally came to a conclusion a week or two after contemplating where to go. “When I was applying to schools two things were extremely important to me: academics and financial aid. I chose to go to UVA because it offered the best of both. I definitely recommend applying to UVA because they meet 100% of demonstrated student need and it’s a great school.”

Wyatt has this advice for seniors who are in this process currently. “Tour the schools if you can! If you know someone at any of the schools you are considering, reach out to them.”

As Wyatt began college, she had to make another decision: her major. “I came into UVA knowing I wanted to major in Government and Psychology and started taking classes for those majors immediately. I did add a minor in my third year of college though. After deciding that I wanted to teach, I added a minor in Global Studies in Education.”

Megan has always dreamed of making a positive difference in people’s lives, and she is on the right track to do so. “There are many things I would like to be able to improve in terms of education. But I think the main thing I would like to see is adequate resources provided to all students and all schools. In my time volunteering in different schools I have seen some pretty stark resource disparities – some schools do not have textbooks; meanwhile, some schools have extra resources like school therapists available to all students.”

Megan Wyatt will graduate from UVA next spring, as one chapter close and another opens. “I will be attending Johns Hopkins School of Education and working with a program called Urban Teachers.”

“I will be teaching in Baltimore, Maryland, from 2022-2025 and plan to stay in the teaching profession well beyond that. Eventually, I would like to go into education administration.”

Wyatt will use what she learned from her roots at Tunstall High School and Governor’s School and her time at UVA, to transition to Johns Hopkins and to the broader field of education.