It’s time to put the tablet down

Are younger children too consumed with technology? 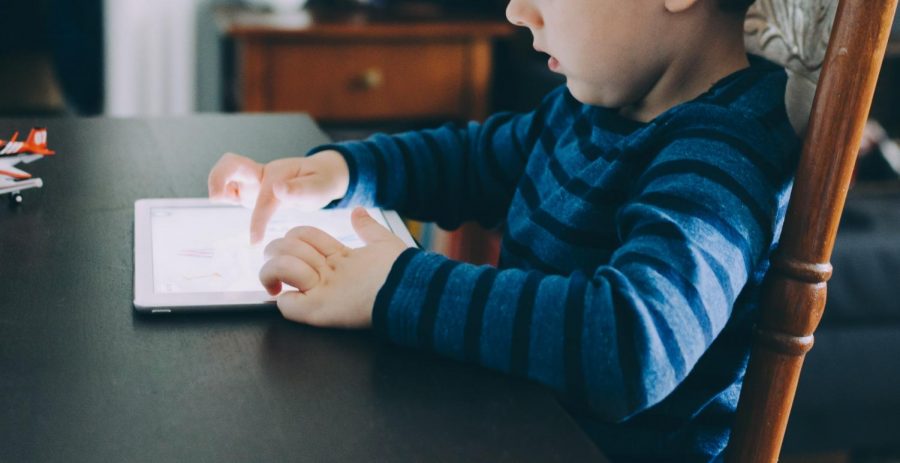 Photo by Kelly Sikkema on Unsplash

Are younger children becoming too consumed with technology? I have seen families with children younger than seven have large eight inch tablets in front of them while they eat dinner in restaurants, and when the parent asks them to put it away, they yell and cry. That cannot be a healthy activity for kids to get into the habit of at such a young age.

Parents work hard enough to be a parent, and then have to work a job to provide for their family, so it is understandable that they need a break and give their children a tablet to occupy them. Also, at a function with adult friends, most parents want to use that time to catch up with their own friends and rather than entertain a seven-year-old. Watching movies or playing games at dinner time can be a way to calm a child with a lot of energy into sitting down and actually eating a meal. Now virtual school has normalized young kids staring at computer screens for more than eight hours a day. However, if parents are letting their children start these habits of using electronic devices as a distraction every time they are bored, then how will that affect them later in life?

When I was younger, I remember my mom telling me “don’t sit that close to the TV or else you will ruin your eyes” or “take a break from the TV and get some fresh air. It’s good for you” because she knew that a growing child’s eyes and mind can be damaged by too much television and screens. Children who play outside and use their imagination are probably more likely to think more creatively and openly in school. Children are still developing in their elementary school days, so letting children look at computer screens too long could severely damage their eyesight causing them to need glasses at an early age.

Parents who allow their children to constantly have their eyes glued to a phone, tablet, or computer screen will set them up to venture into meeting potentially dangerous people who do not have good intentions. Dangers such as predators, hackers, and inappropriate activity lurk on every corner of the internet. Curious little kids could easily fall into an internet trap and find themselves or their parents in even more trouble. Websites such as Omegle, that are masked to look like Skype or other videochat outlets, are dangerous because they allow children to interact with older people who could potentially hack and stalk them.

Even websites like Youtube that offer a ‘child safety mode’ aren’t able to properly censor the content that kids shouldn’t be exposed to. My little sister would watch Youtube with the child settings, and still find videos containing inappropriate behavior or language scattered throughout the watch list. How effective are child safety settings if there are loopholes in the system that allow for certain content to seep through the cracks? The best way to save children from this is to limit screen time and pay attention to what those little hands are getting into.