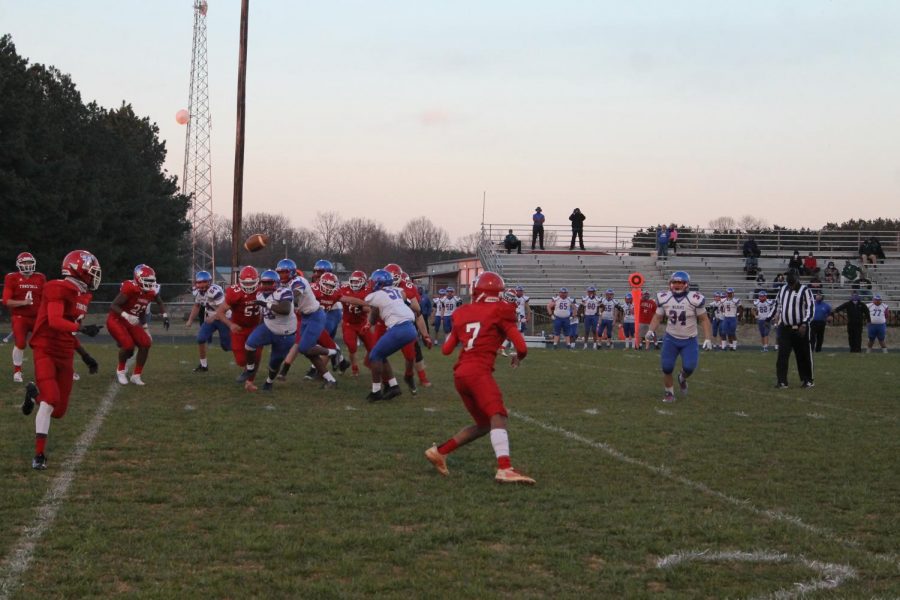 Thursday night lights replaced Friday night lights on March 11. The Tunstall Trojans held their first home game of the “fall” sports season. While they did have the band and cheerleaders cheering them on, they didn’t have the roaring crowd or packed student section. The game was held at a limited capacity with only 250 spectators and adhered to the social distancing guidelines, masks were worn throughout the entirety of the game. 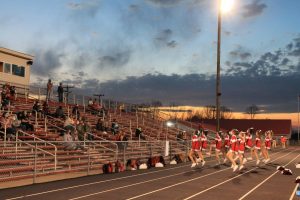 On the defensive side of the ball, senior Derek Dallas contributed 3 tackles including 2 tackles for a loss of yardage.

Although the team is only playing other PCS county schools, the team and coaches are grateful for the opportunity to have a season at all.

“I am happy we are playing. I’d rather play the district teams, but getting a chance to play is all we ask for,” said Coach Randy Hunsicker.

Many senior players believed that they wouldn’t even get a season due to COVID.

Senior Holden Cassada said, “I think they handled it [allowing the team to play] well, they gave us a season when they didn’t have to.” 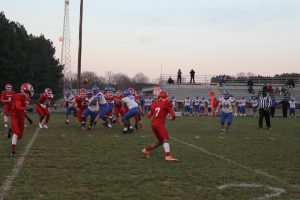 Even with restrictions, the team remains optimistic “I hope we can all stay together and grow together,” said junior Damani Hairston.