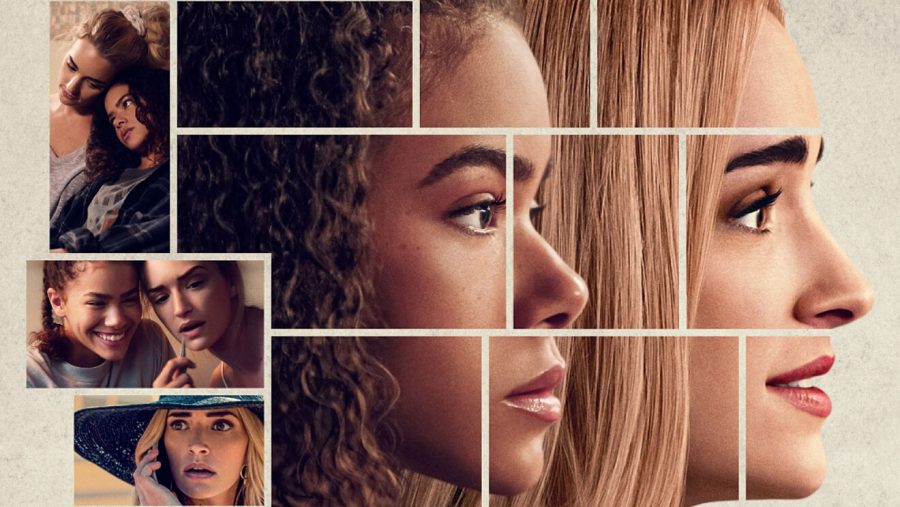 Ginny & Georgia was released on February 24, 2021, on Netflix. The show stars Brianne Howey, Antonia Gentry, Diesel La Torraca, and Jennifer Robertson. It’s about a young, single, mother named Georgia who is trying to put her roots down in a fictional town, Wellsbury, New England, with her two kids Virginia (Ginny) and Austin. There are 10 episodes with each of them varying in length between 50-60 minutes.

The dynamic, mother-daughter duo of Ginny and Georgia causes chaos within their household. With Ginny being 15 and Georgia being 30, the age gap between mother and daughter isn’t drastically different. After moving from one place to another, Georgia decides to have her family settle in Wellsbury after her husband’s sudden death. Angsty teenager Ginny hated the idea of Wellsbury, mainly because it was her mother’s idea to move there.

As the family attempts to settle in, pieces of their past haunt them, revealing truths about Georgia; which causes her relationship with Ginny to suffer. As the family falls in love with Wellsbury and starts to establish their roots, chaos arrives at their front door (literally).

The show overall is up-to-date on teen slang and pop culture. With songs like “Go To Town” by Doja Cat and “Gimme More” by Britney Spears, the soundtrack was definitely inspired by Gen-Z. The show is a coming-of-age story within a coming-of-age story, it shows teenager Ginny growing up while also demonstrating Georgia getting used to being a mother of a teen. Georgia & Ginny includes experiences that are relatable for most teenagers.

I enjoyed the show much more than I thought I would. It’s not the sappy teen drama where everything ends with a happy ending. Certain characters have to deal with the consequences of their actions and get a reality check. However, the main character Ginny and her boyfriend Hunter are two characters that I just simply do NOT have a liking towards. I just think that they both fit the teenage stereotype too well and as a teenager, I personally think we are nothing like that.

If you like “Good Girls,” “Gilmore Girls,” and “Outer Banks,” then you will enjoy “Ginny and Georgia.” The show targets a younger audience with a range being from teenagers to people in their mid-twenties. Although the show hasn’t yet been renewed, it does end with a cliffhanger, leaving Netflix with the possibility to pick it up for a second season.