Henderson and Lovern invited to States for fishing 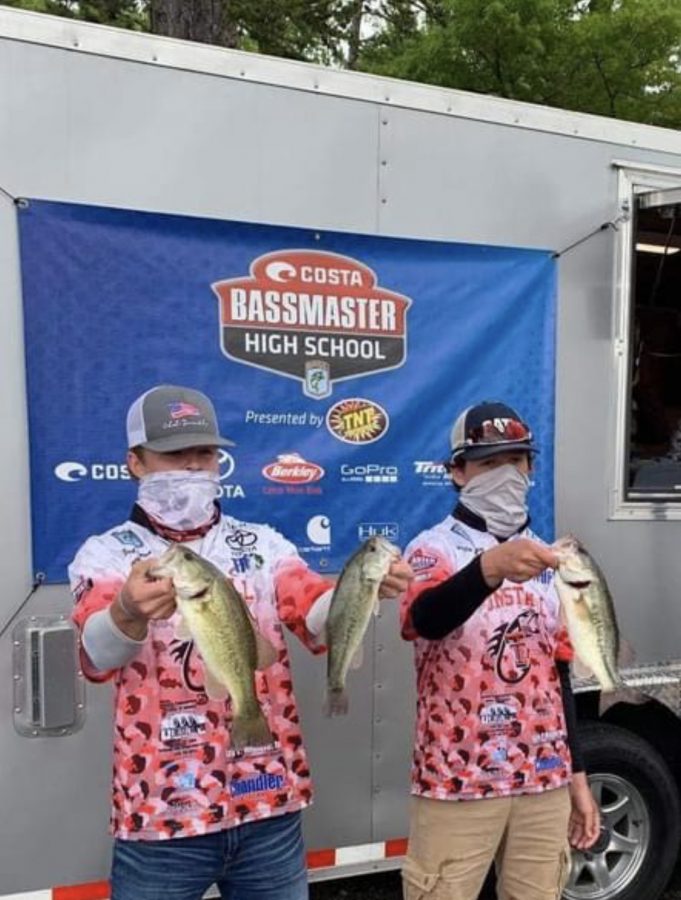 The fishing partners had to catch five largemouth bass each and could not keep anything less than 12 inches long. The judges then add together the weights from the first day competition to the second day’s catch. BASS offers 3 or 4 state state qualifying tournaments each year where the fishing team is able to qualify for the state championship.

Covid regulations did not have an affect on the process or outcome for the team.

“It is the most socially distanced activity you can get. The only two things were: you had to wear a mask and you couldn’t ride to the lake with your partner,” Peyton Henderson said.

Peyton and Mason both enjoy fishing at Philpott Lake for catfish, but they also hope to continue tournament fishing for the school and possibly into their adult years.

The duo has been fishing since the age of five or six with their grandfathers and cousins. Mason’s grandfather, Lynn Reynolds, and Peyton’s grandfather, Fontaine Talley, were the main reasons the boys enjoyed fishing and being outdoors.

According to Mrs. Shannon Calloway, fishing club sponsor, “Both Peyton and Mason like to fish in their spare time.  Mason comes from a long line of fisherman. Peyton and Mason are both dedicated to practicing and researching the lakes prior to fishing.”

Both Peyton and Mason are players for the JV baseball team and plan to continue participating in both activities throughout high school.