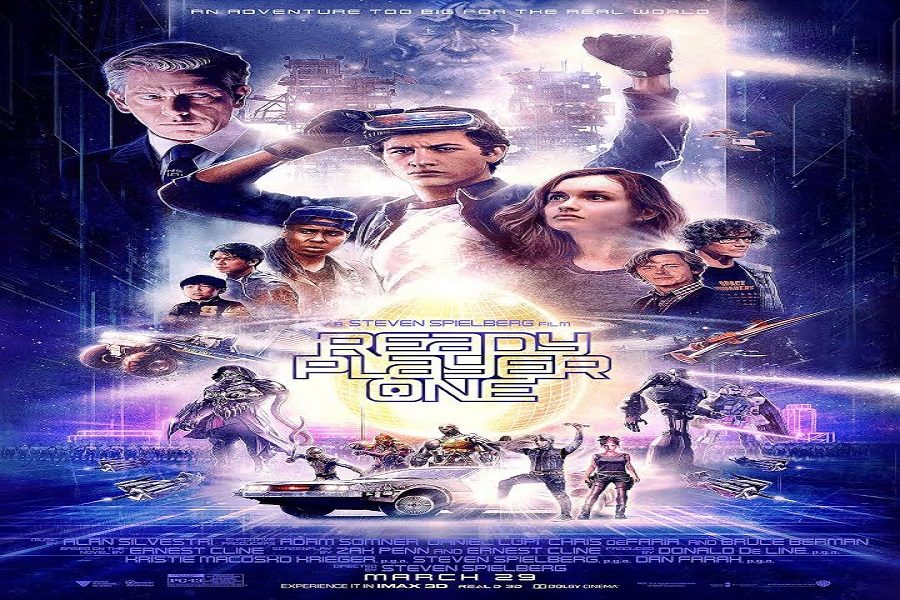 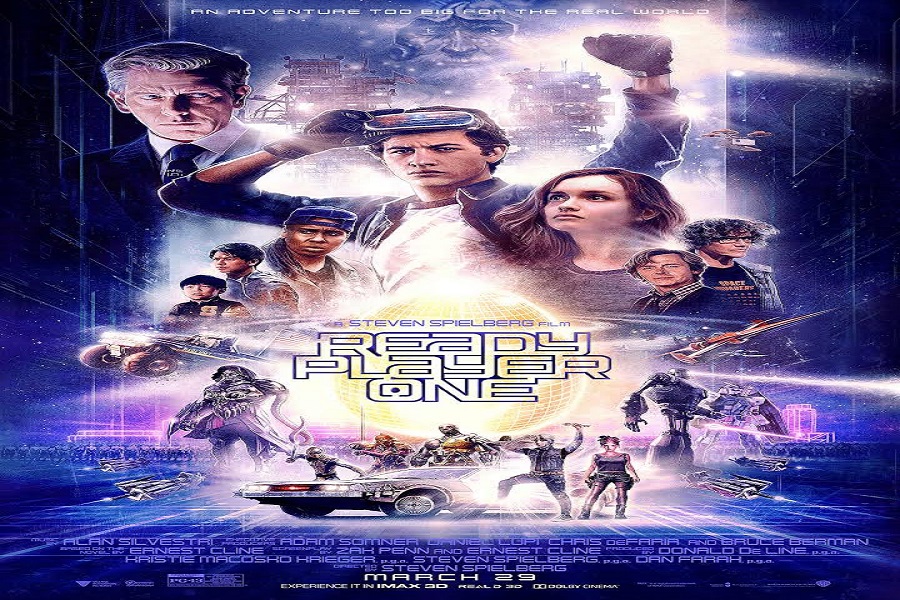 Where it all began: Ernest Cline’s book

With Steven Spielberg’s film adaption of Ready Player One hitting theaters, gamers everywhere will flock to theaters to watch Parzival’s quest for the three keys to claim control of the OASIS from IOI. But, before the movie starts, it’s important to learn where the game all began, with the book written by Ernest Cline.

The book opens with a brief prologue told through the main protagonist, Wade Watts, who describes how the world has fallen into a state of complete disrepair due to a worldwide energy crisis, global warming, economic decline, and overpopulation. He then goes on to describe the life of James Halliday, creator of the OASIS, and how the world uses the software as an escape from their world. From there, he goes on to to describe Halliday’s death and the global invitation to search for the hidden Easter egg, which caused a massive trend of egg hunters, also called “gunters,” which Wade is part of. However, after a year with no success of finding the first key, the trend died away, and only the most dedicated gunters remained to find the egg. Five years passed before Wade, known on the game as Parzival, would finally find the copper key, the first key needed to find the Easter egg.

From there, the story dives into Parzival’s quest to find the egg, accompanied by his friend Aech, a Gunter whom Wade is good friends with, despite never meeting in real life; Art3mis, Wade’s “cyber-crush” and well known gunter, and the samurai twins’ Daito, who is killed in the real world later in the story, and Shoto, who is Daito’s younger brother.

Along the way, the group is faced with numerous attempts from IOI, also known as Innovative Online Industries, who seek the Easter egg and total control of the OASIS for themselves by any means necessary, from employment negotiations with Parzival, to more extreme measures like blowing up the trailer park where Wade lives and killing members of his group in real life so they can’t help him in-game. Toward the end of the game, the leader, Nolan Sorrento, even sets of a bomb called the Cataclysm, which wipes out every single life form in its range including the user, as a last ditch effort to permanently stop Parzival and any future gunters from getting to the egg.

Throughout the book, Wade uses endless amounts of 80’s books, movies, TV shows, and most importantly, video games, to aid him in his quest for the keys. Whether that means jousting on an ostrich against an undead king capable of killing a person by looking at them, reenacting a specific character in a movie debuted in the 80’s or using knowledge of 80’s rock bands, Wade acquires all three keys, eventually winning the contest and control of the OASIS.

The book itself is a conglomerate of 80’s pop culture, and people who grew up in the decade or people today who enjoy past decades, such as this, will thoroughly enjoy the book. Gamers everywhere will also thoroughly enjoy this book and the endless game references from the early days of video games on the old Atari brand consoles, like Joust and Adventure.

Ready Player One is a nerd’s paradise, with enough 80’s culture to keep nostalgic readers drawn in, and a gripping story that will be hard to log out of. For those unable to get a printed copy, the book is also available on audio download, narrated by Wil Wheaton, and offers an even more enjoyable experience for those interested in taking a trip to the OASIS on the hunt for the egg.

I am going to start out by saying the movie Ready Player One is a phenomenal movie that brings viewers back into the retro games and gaming systems like Adventure. It starts off with a boy named Wade Watts trying to escape the reality of his bad treatment at home by heading to a video game called “The Oasis.” “The Oasis” is a video game that allows players to do things that people will do in the normal world, like banking and working out. Even the elderly are actively involved in “The Oasis.”

There is a reason why these people in 2045 are spending their time in a video game instead of being involved in the real world: an Easter egg. James Halliday is the founder of “The Oasis,” and, upon his death, he issued a worldwide Easter egg hunt. Whoever finds the Easter egg will get his creation, “The Oasis,” and all of his money, which is half of a trillion dollars.

In order to get the Easter egg, players must complete three challenges get three keys that unlock the gates. The challenges are extremely hard to figure out and to complete. It was years before anyone was able to get the first key until Wade Watts, also known as Parzival, figured out the first challenge and was able to get the key. Of course, Watts got the attention of the organization called “I0I.” They will do anything to get their hands on the Easter egg and claim the Oasis as their own. Therefore, it is up to Wade and his friends to stop I0I and save the Oasis for everybody’s enjoyment.

I believe that the main reason why the book and movie were made is to address the fact that in today’s society, people spend too much time behind their electronics instead of being involved in the world around them. The movie itself is almost entirely different than the book. The movie has different challenges than the book and one of the characters in the book dies, which does not happen in the movie. However, despite all the changes, the movie was a good movie to watch.

The movie appeals to all ages due to references to old movies and video games that all ages can understand, like Mechagodzilla, Teenage Mutant Ninja Turtles, and Chucky. The movie has elements of suspense and romance, and all the cool fighting scenes that everybody loves, making this film definitely worth seeing.