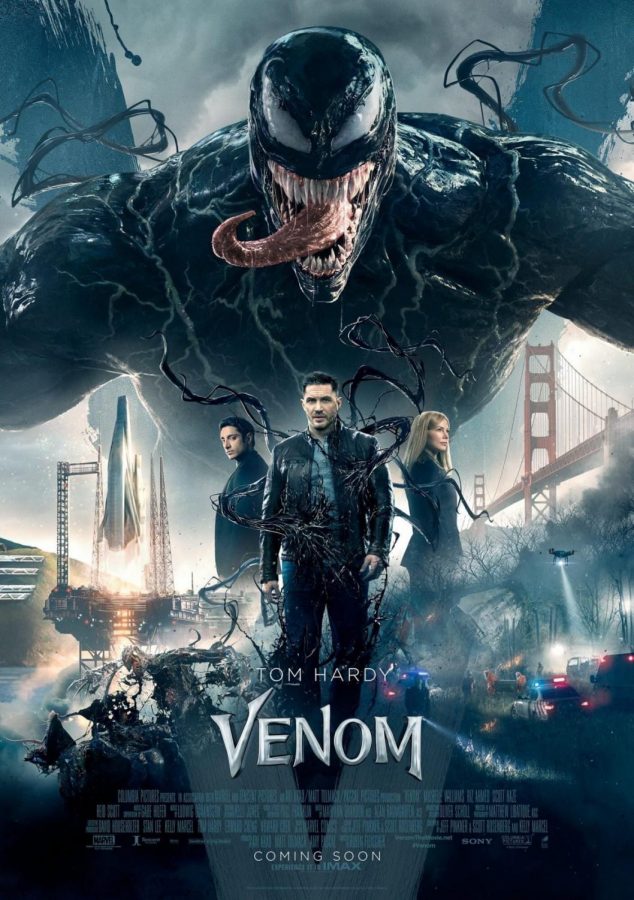 11 years ago, movie-goers were given their first look at a cinematic Venom in Spider-Man 3. Sadly, viewers were not pleased with neither the design nor the performance delivered by Topher Grace. Fast forward 11 years later, and now Sony hopes to make improvements on the sinister symbiote by releasing Venom, complete with a new cast and a much more comic accurate depiction of one of Marvel’s most famous anti-heroes.

However, following the films release, it seems as though critics and fans don’t seem bond as well as Eddie Brock and Venom do in the film. While the film as received mostly positive reviews from fans, such as 7.1 stars on iMDb and an 89% audience score on Rotten Tomatoes, critics have shown less favor towards the film, such as the 30% critic score on Rotten Tomatoes and a 35 on Metascore.

But what caused such a divide over this film after all of its pre-release hype?

The biggest factor is in the movie’s PG-13 rating, which was originally going to be an R until a month before its release. This not only disappointed viewers who were anticipating a darker, grittier Marvel film, but it also caused over 40 minutes of scenes to be removed to from the final product, resulting in a cinematic void of parasite jokes, the symbiote’s gluttonous, and sometimes nauseating, eating habits and an extremely forced buddy-buddy relationship between Brock and his symbiote. The decision was made due to concerns among production staff that the film would lose money with an R rating, as it would be a much different approach to a Spider-man themed movie.

The other problem lies in what was done with several of the films characters. Tom Hardy’s version of Eddie Brock is a good example. Without any attachment to the Spider-man films, Eddie Brock is no longer the cruel, twisted journalist out for revenge against Peter Parker. Instead, viewers are left with an Eddie Brock that either bumbles around like a lost child or a homeless drunkard throughout the film.

The main villain, Carlton Drake (Riz Ahmed) is also a good example of a clueless character who can’t decide if he wants to be a villain motivated by humanity’s collapsing state, or just plain greed. It doesn’t help when he constantly switches between the two throughout the film to make up for his own symbiote, Riot, not showing up till much later in the film.

Even Woody Harrelson’s attempt at Cletus Kasady (better known as Carnage) is slightly disappointing, due to a poorly done hairstyle that is clearly just a Carrot Top wig and him forcefully reminding fans that yes, he is in fact Venom’s red, much more bloodthirsty counterpart.

With this in mind, can anything good be said about Marvel and Sony’s newest film? Fortunately, yes.

While Tom Hardy might not be a good Eddie Brock, his performance as the Venom entity itself is spectacular. Everything from the computer animation to the bone-chilling voice, to the fight sequences, especially between him and Riot, are handled well. It’s clear the filmmakers took extra care in making sure Venom was as sinister as he was in the comics. The film also has plenty of comedic exchanges between Brock and Venom, whether it’s about Brock’s fear of heights or the infamous grocery store robber scene that was heavily featured in the second trailer.

Overall, the film does have several problems, mainly due to its rating being watered down, but those are masked by great action sequences and some of, but not all of, the film’s cast. If viewers can sit through the first few minutes of trash eating and schizophrenic villainy, there is hope for this film and possibly the rest of its franchise.

One Response to “Venom film takes over the silver screen”