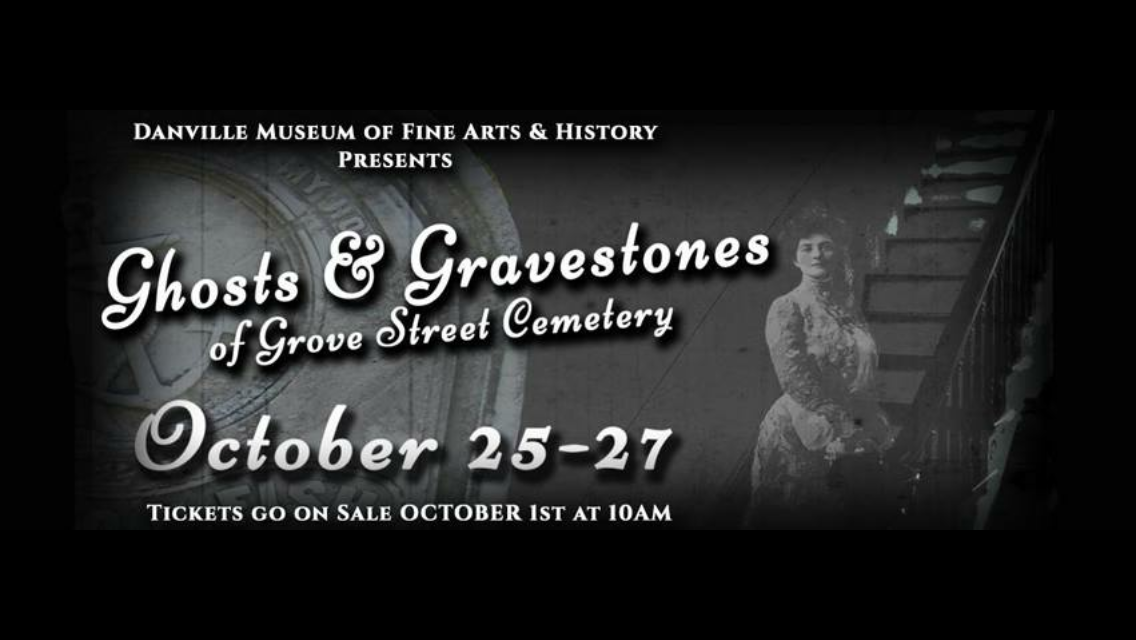 Promotional banner for the event Credit to Smokestack Theatre Company

With Halloween around the corner, many different ghostly attractions will open their doors to the public. Smokestack Theatre Company, however, decided to take a different, more historical approach to the holiday by hosting a historical tour event in the Grove Street Cemetery called “Ghost and Gravestones.”

The event lasts from Thursday, October 25 to Saturday, October 27 from 6:30 to 9:30 with a performance on Sunday, October 28 in the event of inclement weather on Friday. The event takes community members of all ages from as young as nine to as old as 65. Each participant is given a role of a historical figure who either lived in or had been through Danville. Some of these roles include former president, Thomas Jefferson; mayor Harry Wooding and Captain John Noble.

When asked what inspired him to host the event, director Josh Lucia said, “We have been looking for various ways to get out into the community as we grow into a normal theatre season. We were approached by the Danville Museum of Fine Arts and History to assist with the event, and I knew it was a good fit for us. We wouldn’t have to secure a space for rehearsals and performances; therefore, we wouldn’t have to pay royalties.”

“We would like to add new roles and expand the cast to this event in the future,” said Lucia, “And while nothing has been officially planned, there has been discussion of involving other things around the city, such as the city’s trolley.”

Lucia has said that, for now, the main focus following the event is their main stage production. However, he did not say what was planned, instead winking and saying “That’s a secret… for now.”

Drama teacher Kristen Williams helped assign and design costumes for all of the actors.

“I loved doing it! It took me back to my roots. I was able to receive very gracious donations from people like Justin Hall at Averett University and Cathy Millam from the museum itself. It was challenging, but it’s fun to match the silhouette of a particular time frame using some creative license,” said Williams.

Actors from North Star Theatre Project also participated in the event, following the postponement of their theatre’s play. “I was pretty sad when North Star cancelled their play, but this definitely made up for it. I had a blast!” said Hannah Vipperman, daughter of NSTP’s stage technician, Chuck Vipperman.

The event is expected to sell out during the three days of performance. Tickets for each of the four tours on each night are available now.  In case of inclement weather, interested tour goers are asked to check the event’s Facebook page.