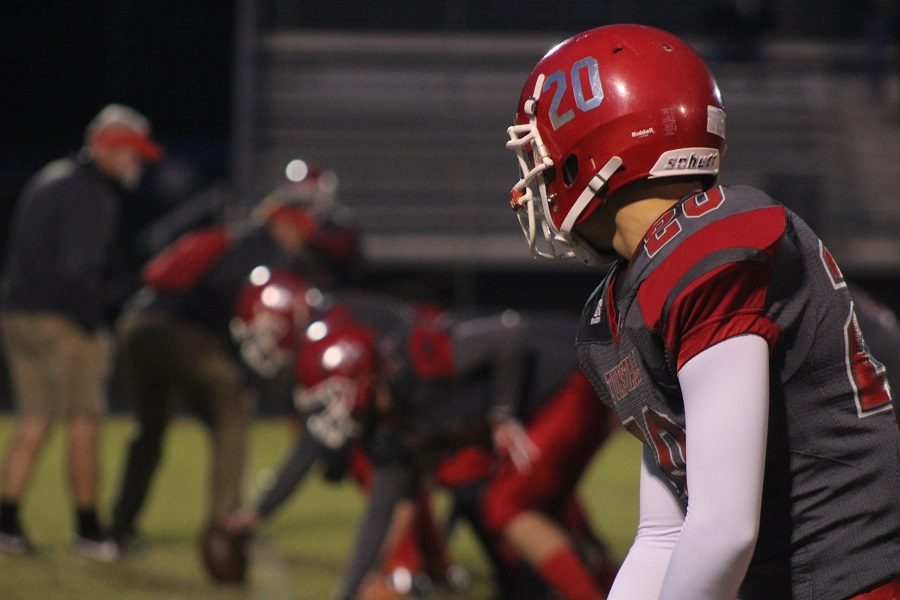 Ethan Broyles getting ready for

Leaving the Trojans: A reporter’s view from the sidelines

As I entered my sophomore year with caution and shyness I was scared of the big scary football players I was about to endure as I walked onto the sidelines as a reporter.

I stepped on to the track and was greeted by the usual smile and sarcastic comment from senior cheerleader Skylar Hamlett which gets us both excited for the game ahead. I looked around for senior and yearbook staffer Octavia Morton, who made sure we always had front row seats on the sideline. She made sure to never miss a game and leave me alone. Setting my camera to sports mode and getting ready at the fifty yard line for the start of the game will now be a memory instead of a weekly routine. I was there to witness controversial ejections, and go through the anger and annoyance with the players, and cheer for Clay as he ran it back for yet another touchdown.

Friday night lights will always be in my heart. I can thank my small Canon camera for giving me the opportunity.

When I was promoted to sports editor last year, I was more than ecstatic. I had the chance to support my school in my own personal way. I gained knowledge about more than just football plays throughout my three years. I learned about teamwork and the importance of sticking  together.

There will never be anything as touching as seeing these players after a loss of yards or turnovers. To the audience in the stands, it’s a disappointing moment that the Trojans should have prevented. However, when watching the team up close, this  disappointment lasts only a split second and is followed by reassurance from fellow teammates. The strong bond is prominent on the sidelines that many would who are not there would not understand. I don’t really fully understand either, although I do know the brotherhood and strength the padded up boys have for each other

I will never be able to fully thank Mr. Potts for all he has done for me. He may have coached a great set of players, but he also showed me what loyalty and dedication is. I will always use the exemplary work ethic and strength he radiated off and on the field.

As I retire my football SD card and hang up the media pass, I will never lose the love and Trojan Pride that the team has given me.

Entering the sidelines as a sophomore on the bleachers was a surreal moment that impacted the rest of my high school career. Leaving as a senior after waiting twenty minutes after the game ends to get quotes has been hard, almost impossible to comprehend. It’s an experience that I will keep with me for the rest of my life.

THS, I really do love you.