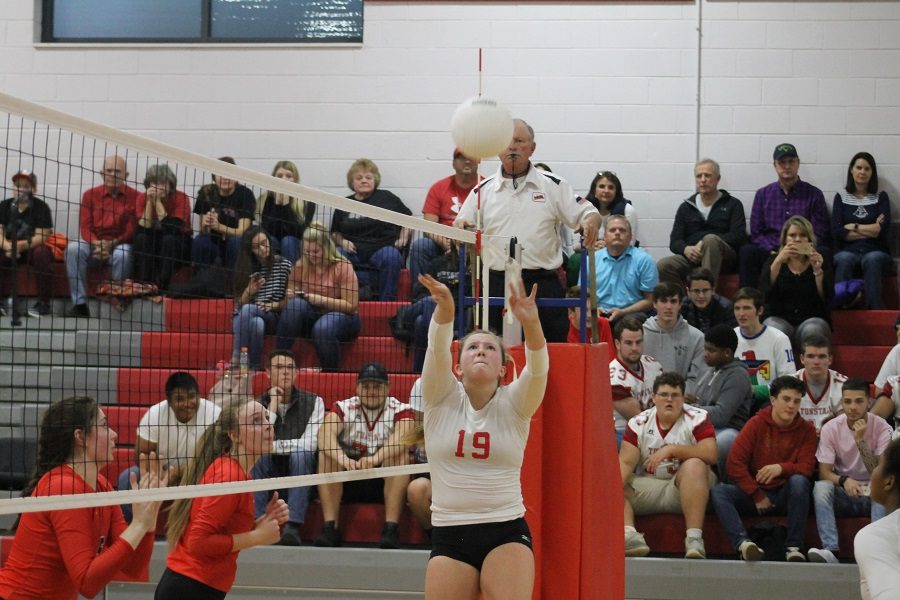 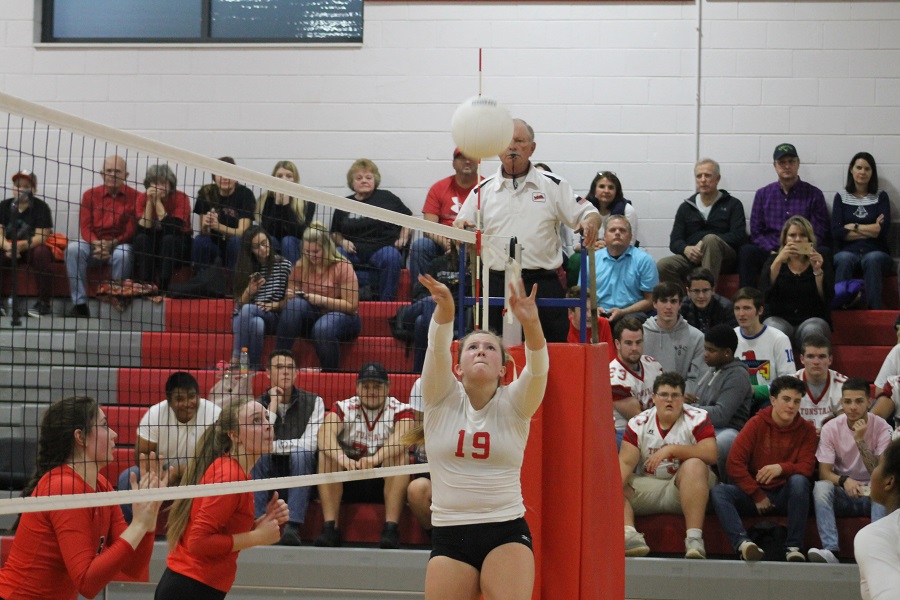 In front of a high-spirited crowd Tuesday night, the Lady Trojans hosted a regional playoff game against the Lady Knights of Cave Spring, with Tunstall pulling out the win in four sets. All four sets were tightly contested throughout, with neither team gaining a real advantage all game long. With the win, the Lady Trojans knocked Cave Spring out of the playoffs and ending their season. This also lead the Lady Trojans to advance to the region semi-finals.

“This next game is definitely going to be tough, but we’re ready and we’re not gonna let the opponents outwork us. I’m confident our teamwork can get us th

rough as it did tonight,” said senior Nia Green.

The first set started off quick for both sides with neither team able to gain an edge on the other with multiple ties occurring throughout the set. Tunstall finally gained momentum towards the end of the set hitting a huge run, winning the set 25-21.

The second set was the only real slip-up for the Lady Trojans. Unable to use the momentum from the prior set to their advantage, Tunstall was facing a deficit early on in the set. Despite closing the gap multiple times throughout the set, even tying on several occasions, the Lady Trojans just didn’t have an answer for the Lady Knights, with Tunstall dropping the set 19-25.

The third set was tightly contested, with neither team once again able to gain an edge on the other. This led to every point put on the board to be a c

hange in momentum for both sides, with the “Bleacher Creatures” getting louder after every Tunstall point. The Lady Trojans finally broke free, slowly but surely, with their lead increasing to four at one point. Tunstall, needing extra points, eventually sealed the set, winning 27-25.

The fourth set was the longest and loudest set of the night with neither team securely taking the momentum from the other. The Lady Trojans started off hot, leading

4-1 in the early stages of the set. This lead did not last long, however, with the Lady Knights taking the edge in the later half of the set and forcing the Lady Trojans to claw back into the game. The final four points were not without controversy for the Lady Trojans, with two of the final three points being challenged by the Lady Knights, who were not successful with either attempt. The game clinching point was served by sophomore Kinsley 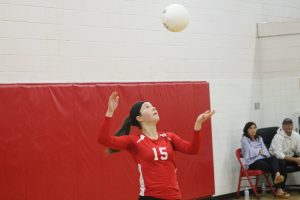 Stevens, which left the score for the final set at 28-26.

ere led by  junior Cathryn Estes and sophomore Brooklyn Owen with 10 kills each, sophomore Kaylee Scarce with nine kills, senior Nia Green and Cassidy Scarce with six kills each, Kinsley Stevens with 39 assists, and Saige Johnson with 10 digs and 14 points.

The Lady Trojans are in action again on Thursday as they take to the road and play Hidden Valley at Lord Botetourt High School. Match starts at 7 p.m.