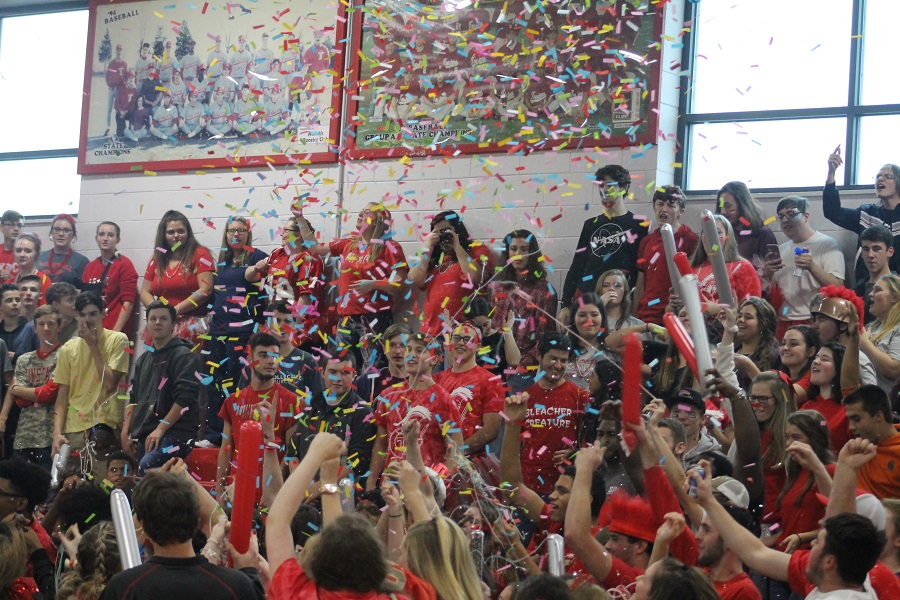 On November 9, 2018, Tunstall was finally able to host its pep rally after almost a month of waiting because of Hurricane Michael on October 12. The Trojans were eager to celebrate the Trojans advancing the first round of regional playoffs against Magna Vista.

The cheerleaders planned the pep rally which kicked off with the band. Flute player, junior Emily Myers said, “I don’t know how to feel about this year’s pep rally because I don’t know if it’s going to be my last, considering last year’s shenanigans with the Listerine and baby powder, but overall I’m excited to play. Mostly what I’m expecting is a bunch of screaming and the seniors going all out since it’s their last pep rally.”

Senior Emily Moore said, “I’m really sad about this pep rally because it’s the last one I get to do as a cheerleader for Tunstall, but I’m really proud to have done this.”

Games were planned by the Trojan Club for each grade level to compete against each other. The freshmen won top spot in both the hula-hoop and “football” balloon races.

Senior Reilly Bray was excited about the support for the Trojans upcoming game. “I feel like we could’ve done better this season. It was still a good season to end on, but we are not done yet.”

At the conclusion of every pep rally is the competition for the spirit stick.  The cheerleaders led each grade level in a different cheer. While the freshmen, sophomores, and juniors were met with boos and sleeping poses, the seniors started “THS! I love it! I love it! I love it!” while most of the bleachers cleared from the other three grades to join in.

Freshman cheerleader Elena Booth said, “This wasn’t my first pep rally since I was up here with JV, but it was my first as an actual high schooler and it was honestly pretty gosh darn lit.” 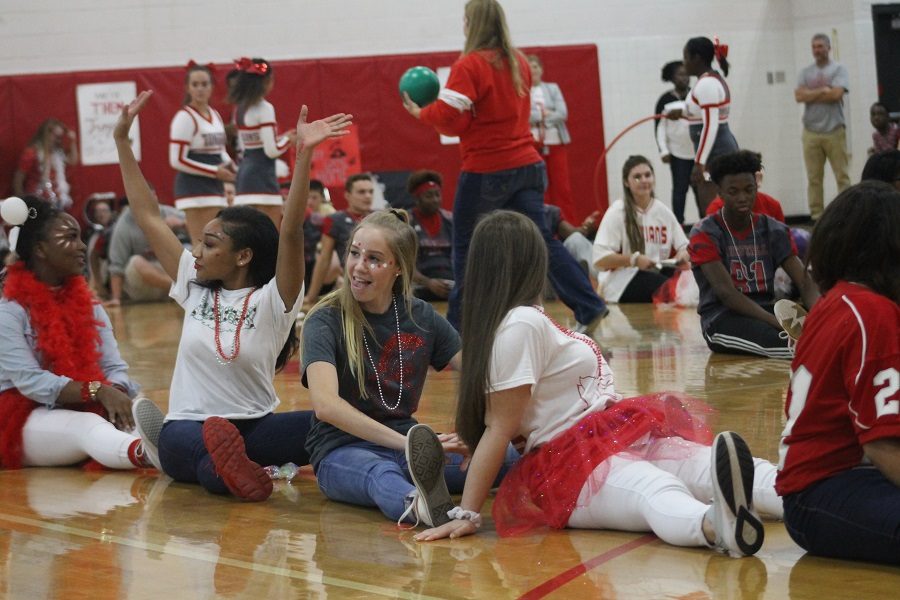