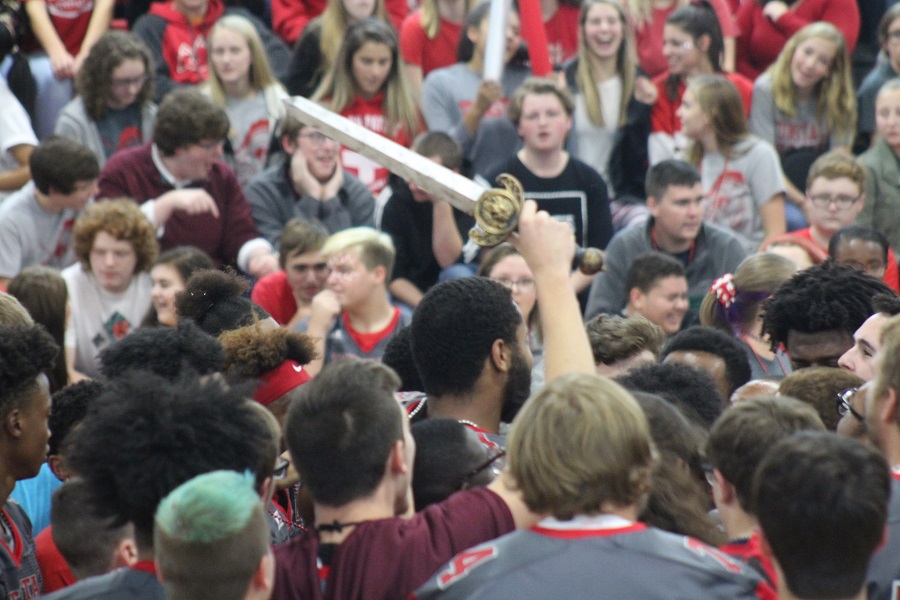 This Friday, Nov. 16, the Trojans will head to Cave Spring High School to play the North Side Vikings in the region 3A semifinals. The Trojans come in fresh off of a road win at Magna Vista High School, and the Vikings come in off a 56-15 thrashing of Cave Spring. This will be the first time the two schools square off, and what better place for it to happen than in the playoffs. This game will be different from the original location, North Side High School, due to the turf field which neither teams practice on.

For Tunstall, this is arguably the biggest challenge they will face all season. This game will be a showdown on both sides of the ball, as Tunstall comes in with senior Clay Hardy ranking third in the region in rushing yards with a total of 1725, with other runners combining for nearly 1100 yards, all on top of a defense that ranks fifth in the state in sacks with 28, second in the state in tackles with 892, sixteenth in the state in interceptions with 11, and that has only given up a total of 224 points across their 11 games so far this year. The Trojans’ defense has held opponents to under 21 points in eight of their 11 contests this year. The offense has also been spectacular for the Trojans this year, averaging just over 256 rushing yards per game. Meanwhile, North Side comes in with a high powered offense that averages nearly 40 points a game and a defense that has given up 203 points all season.

“This game is one of the biggest games I’ve ever been to. It’s going to be tough and we have to play a perfect game, but I feel like we’ve got it under control,” said senior lineman Reilly Bray.

In order for the Trojans to take home an upset victory, they will have to play their game. In Tunstall’s seven wins this year, it’s hard to say that the Trojans haven’t had control of the tempo from start to finish. If they can run it like they have all year long, break off some big plays, and steal some momentum in a huge road game, the Trojans could very well walk out of Roanoke with a huge victory. Northside hasn’t seen a running back like Clay Hardy all season long, so the Vikings may want to brace for a battle in the trenches against Tunstall’s run-heavy offense.

My prediction for the game, call it bold, but Tunstall shakes the early nerves and pulls off an upset of one of the top ten teams in the state 23-20 behind strong showings from both sides of the ball. I say this because I think this Tunstall team has a chemistry unlike any other. This is a team that has gone from 2-8 in 2015 to 7-4 with a chance to knock off a top ten team in the state.