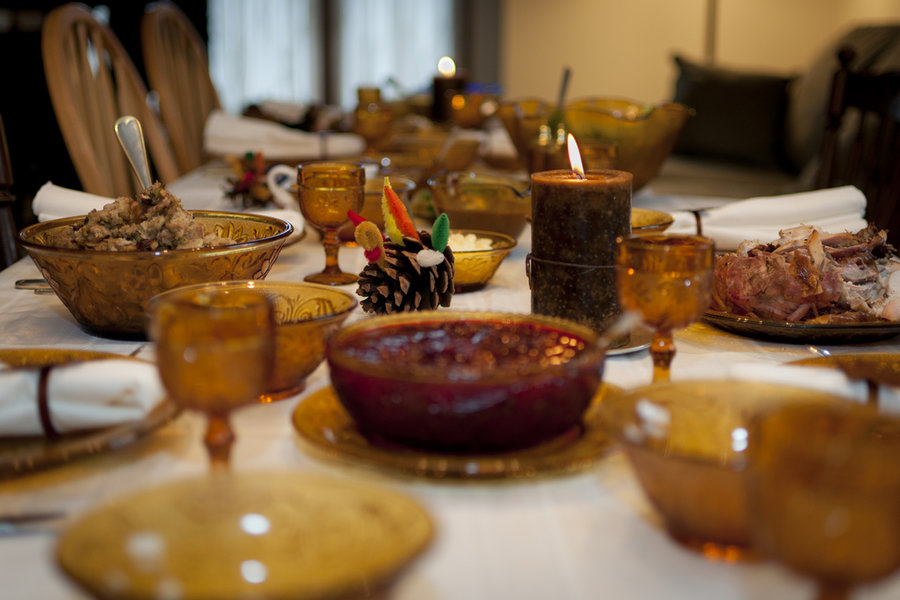 Forgetting the true meaning of Thanksgiving

As November arrives out of nowhere and 2018 quickly draws to a close, many people only have one thing on their minds: Christmas. Whether it be the Christmas decorations being put up for sale or the holiday movie marathons shown on TV, Thanksgiving has simply been deleted from everyone’s minds.

Typically, this isn’t a surprise. After all, most stores begin preparing for Christmas before Halloween even comes. Each year, excited to cash in on every second of the holiday, shops and stores patiently await the earliest possible moment to take out an enormous amount of Christmas merchandise with visions of dollar signs dancing around in their heads. In fact, Starbucks has already decked out their café with everything Christmas related.

This is just how the customer-based world works.

As I walk down the seasonal aisles of department stores such as Wal-Mart and Target, some sort of unnoticed metaphor comes to surface. One side of the aisle reminded me of a holiday where people ran around the neighborhood in a silly or scary costume, desperate for boatloads of candy to collect. However, the other side represented a holiday known for outrageous overspending on gifts people either don’t want or need unless it’s really cool, like an XBox.

To be honest, I absolutely love Halloween and Christmas. They are both very near and dear to my heart and something I’m very serious about.

Nevertheless, there was something bigger hidden behind these two beloved holidays; and its absence revealed how all the world truly felt about it.

Thanksgiving seems to always be left forgotten and overlooked on the calendar. Don’t get me wrong, when Thanksgiving comes countless amounts of people will gather together with their families and eat like pigs; but it’s hard to deny that the the most family-oriented holiday of fall, or even the year, is ignored. It’s come to the point where more and more begin to refer to it as plain “Turkey Day.”

Compared to Christmas or Halloween, there’s much less preparation and anticipation connected to Thanksgiving. People are more excited about going out to malls the night after on Black Friday than giving thanks to the people they love. Stores are also decreasing the day even more by extending Black Friday throughout the month of November and the day of Thanksgiving, encouraging further disregard (by both shoppers and employees) of time with family and thankfulness itself.

However, Thanksgiving is not the easiest holiday to promote with it being about how grateful we should be toward the things we have, and not the things we want. Even though I hate having to see people completely disregard the holiday, it is a holiday pretty difficult to “sell.”

Once again, I do love this time of year. Christmas is fast approaching and Black Friday will be here before people realize it.

However, by preparing hearts to be thankful and expressing love toward the things we appreciate most, thankfulness will be the true beginning of the season.