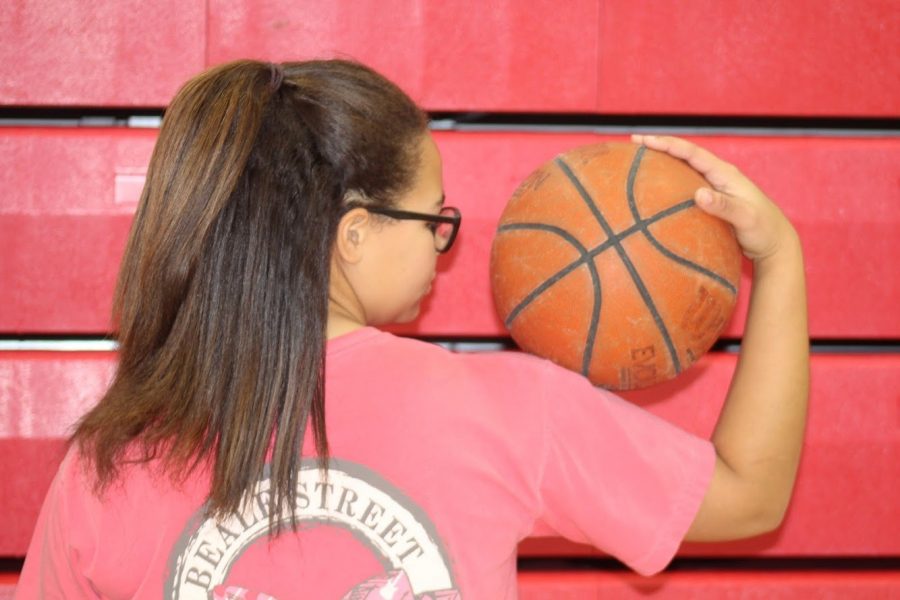 “Most of my family on my dad’s side played basketball, and I wanted to be like them,” said Griffith.

She began by playing for Pittsylvania County Parks and Recreation in the 8u division and played all the way up into the 14u division. She also played for Hoop Dreams and Virginia Mystics in her late elementary school years.

“There was this one team when I played travel basketball called Heat where every time we played them, it was the toughest game we had ever played,” said Griffith. “We finally beat them with only five people and double overtime.”

She started playing for girls’ JV basketball in 8th grade, took a year off, and then came back this year for Varsity.

“My JV year was really hard,” said Griffith. “Some of the attitudes on the team didn’t blend well with me, so I decided to take a year off to get everything together.”

In her 8th grade year on JV, she devoted two hours every week day to basketball practice and practiced a lot on her own on the weekends.

“I know I’ve scored at least 20, points in a game before, if not more,” said Griffith.

In the past, boys’ JV and Varsity basketball teams would always have practice in the high school gym, and the girls’ teams would practice at the middle school.

Griffith suspects the boys got first dibs on the high school gym last year because they had more wins than the girls.

“Sometimes, girls just play to say that they play a sport, and they don’t really care,” said Griffith. “Then, the girls that do play, there are so few of them we can’t build it up.”

“This year we actually have girls that have played and who want to win,” said Griffith. “I think this year should be better.”

Griffith’s family had a big impact on her decision to continue basketball from a young age.

“The main reason I started basketball was because my older sister played in college, and I really look up to her,” said Griffith.

Unlike her older sister, Griffith does not dream of playing for a college, but if she got a substantial offer, she would do it.