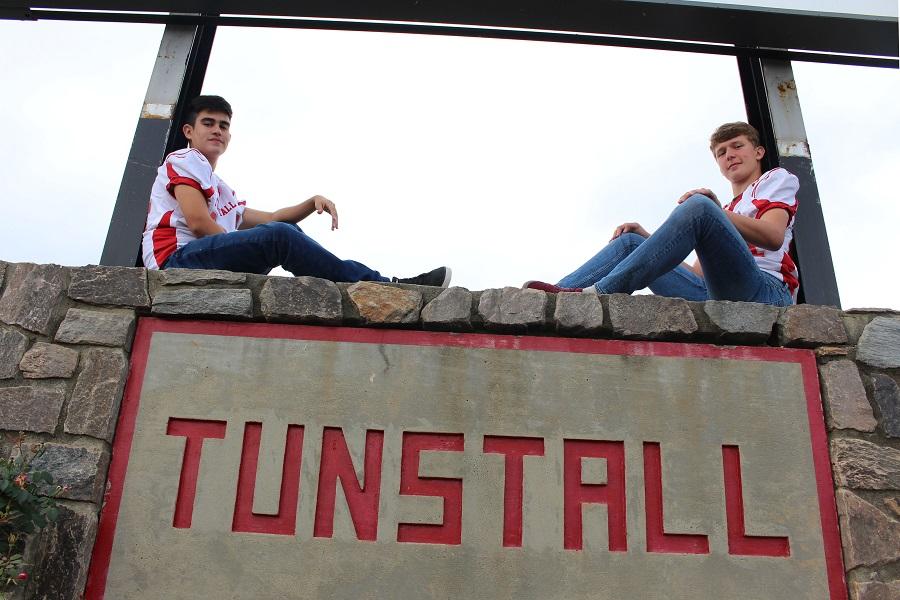 Making a different kind of exchange

Making a different kind of exchange

As one walks down the halls of Tunstall, he or she may not notice the new faces among the already large crowd of students. But, what may come as a bigger shock is that these two students are not even native to the United States. Instead, they have come in from completely different ends of the globe. Those students are Aron Zahrodka from Germany and Leandro Souza from Brazil.

Despite their different homelands, these two share a surprising amount of similarities. Both of them said in order to come here, they had to pass an entrance test. They also share the same exchange parent, Don Haymore.

“I have had five prior exchange students,” says Haymore, “I usually choose students for a semester. This is the 4th semester I have hosted students.”

Haymore has been a foreign exchange parent for over four years and says he still keeps in contact with them on birthdays and holidays. He has hosted two students at a time on multiple occasions. This past summer, Haymore took Aron and Leandro to many different places such as King’s Dominion, Busch Gardens, and Philpspott Lake.

But, the most interesting stories come from the boys themselves. Aron, who is 16 years old and an only child, comes from Germany. He says he was more than excited to be a part of the school.

” I love it here,” he said, ” I was very excited and ready to come. I was counting down the days!”

Aron says he loves the school’s cafeteria food, as well as playing football and driving a car.

” The driving age is 18 in Germany, but the drinking age is only 16,” Zahrodka said.

Leandro, however, has a different story. Even though he wanted to be part of the program, his father told him no. This was the decision for a long time, until his mother finally said yes, because she wanted him to have the learning experience.

“I was also counting down the days excitedly,” Souza said.

Leandro has two sisters, and loves football, soccer, and driving as well. But unlike Aron, who had a different minimum driving age, Leandro  said, “Anything is legal in Brazil until you’re 18. You don’t get in trouble until you turn that age.”

While they seem to blend in well with their new surroundings, it is only temporary. After this semester, they will be moving back to their original homes, but they have said they will come back and visit.