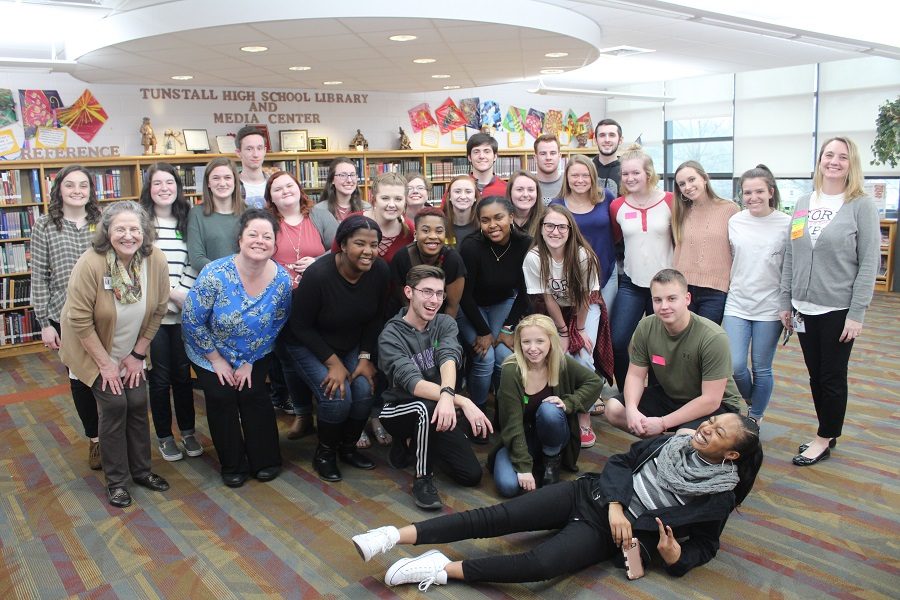 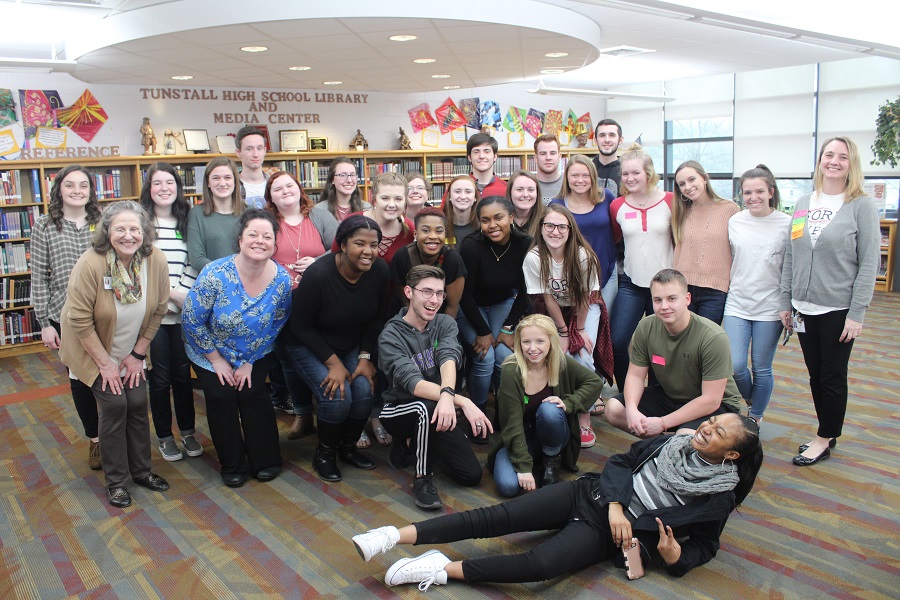 Many teachers and students engaged in activities throughout the month of February to honor Black History Month. English teacher Mrs. Adrian Nester and librarian Mrs. Linda Yeatts held a read-in, similar to a book club, that featured works by African-American writers.

“Mrs. Nester was the reason I started this event. The school had gone for years without celebrating Black History Month. When she emailed me three or four weeks ago about it, I was immediately on board with the idea,” said Yeatts.

The celebration was held all day, with students coming into the library to design a “book spine” based off what they read. Upon completion, the “book spines” were then taped onto the front of Yeatts’ desk, which was the “African-American Bookshelf.” Some of those displayed were A Raisin in the Sun, The Hate U Give, Their Eyes Were Watching God, and I Am Not Sidney Porter. 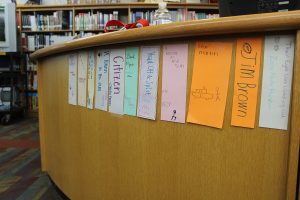 Students were given various colors of paper and markers to design their “book spines.”

In addition to this craft, students also had the chance to make Flipgrids. These are videos, lasting up to 90 seconds, that are recorded using a computer or laptop webcam. The videos were student-narrated and allowed students to give a brief synopsis about the work they read. Most students made Flipgrids by themselves, but some did their reviews with a teacher or other peer who had read the same book. 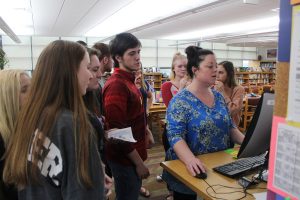 Once the school day was over, the read-in kicked into full swing. The event opened with a poem from Clint Smith’s Counting Descent, which was read by seniors Oniandra Jennings, Mya Godwin, Lauren Jackson, and Elisha Lanier. 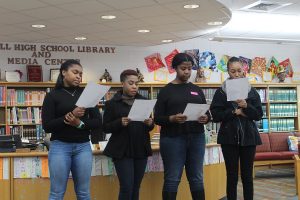 Asa Herndon
The poem read was entitled “Ode to the Only Black Kid in Class.”

When the girls were finished, students headed to the library tables and discussed their books in groups. 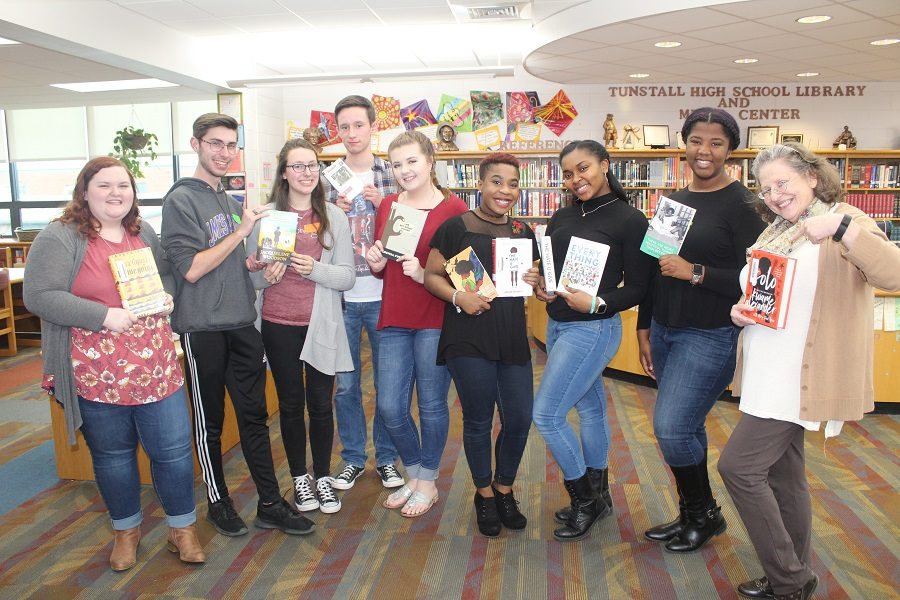 The book discussions included questions on the story itself, characters and their struggles, and symbolism in the book. Students were then asked how those applied to the reader’s lives and how the story would have been different if it were written by an author of different origins.

“It was really cool to talk with other people who have read my book and to hear their thoughts,” said senior Nicole Tolley, who read A Raisin in the Sun, The Hate U Give, and Brown Girl Dreaming. 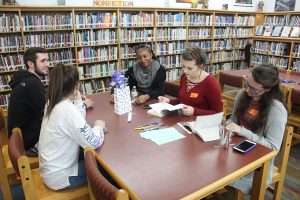 When students were asked what their favorite part of the event was, a variety of answers were given.

For sophomore Khloe Wellington, it was, “making the book spines.”

Those who attended said they would love to participate in another read-in soon.

Yeatts said that she felt the event as a whole was a complete success, and that other schools should hold similar events for Black History Month and other months that recognize diversity.

“We are hoping to hold this event again, as well as events similar to it. Getting students into deep discussions on how the book can apply to them is what the event is all about,” said Yeatts.

Asa Herndon
Senior Jordan Walker shows off her reading selection for the event.